My Very Honest Journey To The World Championships

I generally like to push myself to prove to myself I can – childhood issues I’m sure. So I keep pushing myself further. It all started with Outlaw full in 2018. I loved it! What an event. I was buzzing and instantly wanted to sign up to another event. I thought this time I would do an Ironman (people said ‘Oh you haven’t done an Ironman’. Red rag to a bull!). The Ironman UK bike course had 1800m of climbing so a real challenge for me, so I signed up – 2019 here I come. I had a year to train. They changed the route three times on the way and it ended up being 2700m of climbing! I was so rinsed by the bike that I collapsed on the run 14k from the end. I cried for days. I felt like such a failure. I learned a lot from that race. But I needed to put the ‘Ironman’ to bed.

So I signed up for the flattest Ironman I could find – Hamburg 2020. Then, I qualified for the Aquabike European champs (middle distance) and World champs (long distance). Eek! The European race was two weeks after the Ironman. I got a coach. I didn’t wanted to give up either race. Then obviously Covid hit. All races postponed. Wow – it was hard to motivate myself. Being a teacher, I continued to work at school. It was scary and I used my training to relax. I also used this as a way of staying motivated. I am a creature of habit. I did the National Hill climb to keep myself motivated – I hate climbing but was asked to be part of ‘getting women in to hill climbing’ movement. I am a true believer that you can and should try anything. Push outside your comfort zone.

Then another lockdown. This time was worse – I ate and drank too much and I cried most days after work for months. But, I still trained. Training now became a way I could see people (socially distanced!). I would cycle to the edge of our county just for a coffee with my dad. I would wake early and watch the sunrise in the river during the winter in my cozzie, with my other mad friends. I was still hoping my races in 2021 would happen – it was my motivation to get through the year.

Then Hamburg was postponed, the Europeans were postponed. I slumped, what was the point in keeping this up?? Work got worse, I was very stressed, I got sick. and for weeks I couldn’t eat. Then all change, Ironman Hamburg was on in August and the long distance World Aquabike Championships in September, two weeks after the Ironman. AAAAAH, two weeks between the races. I decided to go for it.

So off I went. I had actually trained, maybe not how I would have liked, but knew I could do it . I was so relieved to get to the start line after all the Covid restrictions on travel. The weather was awful, I had a terrible swim and I think I set a new world record for longest transitions, but I got on to the run. The bit I failed on two years ago. At 25k in I slowed, it was mental torture. I knew I just needed to finish and had another iron distance race in two weeks, so I started walking. I started blubbing about 1km before the end, it was so emotional. Two years and I finally heard the words ‘You are an Ironman’. I was elated but I also vomited. Now to get my head in the space to repeat, minus the marathon, in two weeks.

I have never felt so intimidated as arriving in the Netherlands two weeks later in GB kit. We had an exemption to enter the country. I felt like a fraud (this feeling stayed with me the whole weekend). Now to race again. My legs were pinging just watching the half distance the day before our race. ‘Was I rested enough?’. Race day came. I stood on the start line and remember thinking ‘What the hell am I doing, I really don’t want to race an iron distance aquabike’. It was an amazing race, but I was at the back. I didn’t have a TT bike so was not as fast as others but, you know what? I never stopped on the bike, beat my time from Hamburg, and didn’t come last! I came home buzzing. 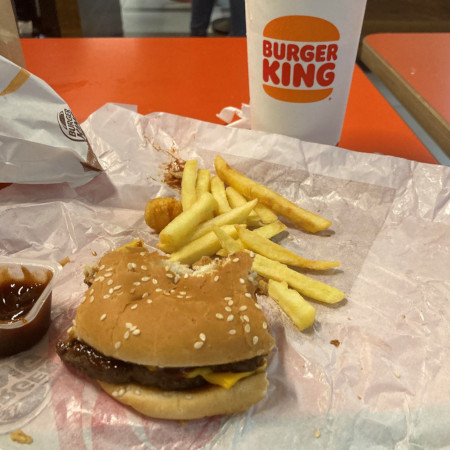 I sat in the airport in my GB kit stuffing in a Burger King! That’s what it is all about.

In all of this, I also had to work around having young kids. I have great support from them and my husband who were amazing though all of it. I have shown my kids that hard work does pay off and hope that I have been a good role model to them. Ethan said to me before the worlds ‘Mummy will you come first?’ ‘No Ethan’ ‘Mummy, you just need to try harder’ – Out of the mouths of babes eh?

FYI – I got a new job and I am looking forward to another adventure in 2022.